Over the past two weeks, I have led four groups through an intensive four-day introduction to Mark’s Gospel.  We looked at how Mark presents Jesus’ geographical movements, the development of characters, the structure of the story, and the peculiar “shorter ending” of Mark.  The high point of the class was a read-aloud of the whole text.

Most Christians did not own a copy of the Bible prior to the invention of the printing press.  Manuscript copies had in fact become more common in the centuries leading up to that point, but in the early Church owning even one book of the Bible was rare.  Mark’s original congregation would normally have experienced his Gospel by hearing it.

So, I figure, why not recreate the read-aloud experience for my students?  It only takes about an hour and fifteen minutes.  Their reactions were fascinating: 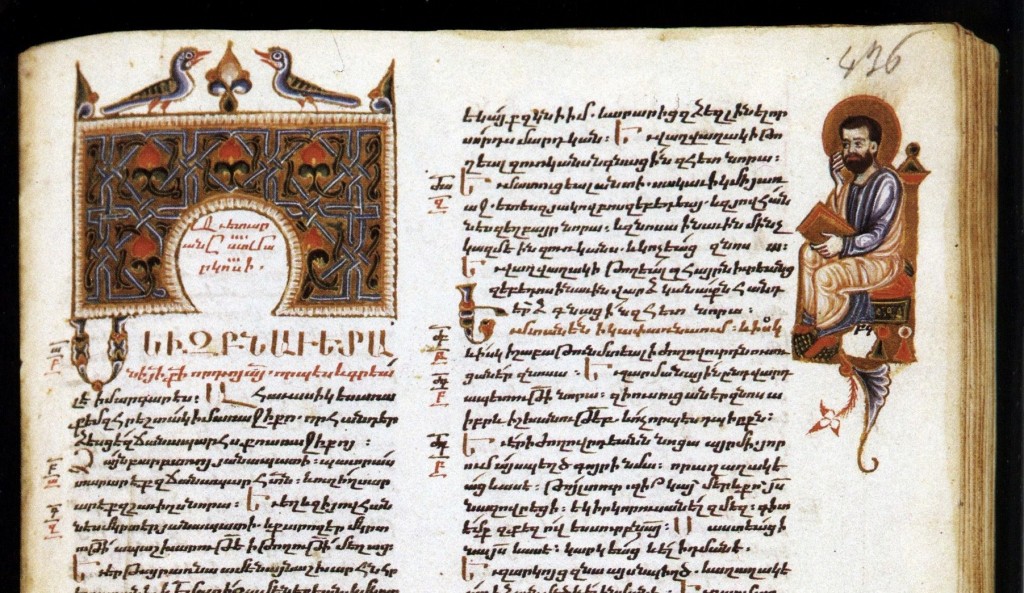 The gospel is a story!  The main response from all four groups was that the gospel felt like a story when they heard it rather than reading it.  Mark’s Gospel flowed for them as a coherent thing.  I think this has to do not just with reading vs. hearing, but also with the format of our reading:  our Bibles today have chapter numbers and verse numbers and headings and footnotes, all helpful in their own way but all suggesting that the Bible is made up of thousands of little bits.  Hence the urge for “reader’s Bibles” of one kind and another.

Hearing Mark’s Gospel as a story is a big deal.  As Catholics, we tend to experience the Gospels as though they were collections of vignettes intended for illustrating doctrine and morals, as a kind of companion to the Catechism.  In this experience, the Catechism sits at the center and the gospel orbits around it.  In reality, of course, the opposite is true:  the Gospels are at the center and the Catechism—and all other magisterial documents and even the other books of Scripture—orbit around them.  A story presents Jesus’ deeds in the mode of events rather than in the mode of ideas, while a doctrinal statement speaks in the mode of ideas rather than of events.

This one experience of hearing Mark’s Gospel read aloud will change how these students read the gospel for the rest of their lives.

It seems so real.  All four groups recounted how vividly Jesus and his actions stood before them as real things.  When they read the text, the students were more analytical in mindset, more likely to pause and think about things, and consequently what they read seemed more abstract and distant.  When they heard it read aloud, they were more passively receptive, and what they heard seemed concrete and right in front of them.  One young woman commented on the fact that listening to someone else read liberated her from most of the work involved in reading and so freed up her imagination to render the story more clearly.

In three out of the four groups, some students reported falling asleep during the read-aloud only to have my voice somehow penetrate their slumber.  Several “watched” Mark’s Gospel in their dreams with my voice-over, while others just heard me speaking into their state of quasi-hypnosis.  Weird but cool.

Audio Bibles aren’t cutting it.  I didn’t ask about it, but one of the groups brought up the subject of audio Bibles.  They just aren’t that good, they said.  I know what they mean:  I listen to Bible-on-audio a lot, but your typical audio Bible is made by someone who is pounding through a huge project like the whole Bible or the whole New Testament.  They don’t seem to be focused on this passage right here, right now.

Another problem I have with audio Bibles is that they are, well, audio Bibles.  They are recorded.  When I listen to someone read out loud or speak, the sound creates a common space in which both speaker and auditors live for a few minutes.  But when I listen to a recorded speech or to the radio, even though it creates a space in which to live, somehow I feel it drawing me out of my space and into some other space somewhere else, away from where I am physically.  Consequently, listening to the gospel on audio recording loses something of that immediate right-in-front-of-me feeling.

All of this suggests that reading aloud is important, and not just for the gospel.

This is even better if you do it by the Sea of Galilee, where you can see more exactly what was going on.