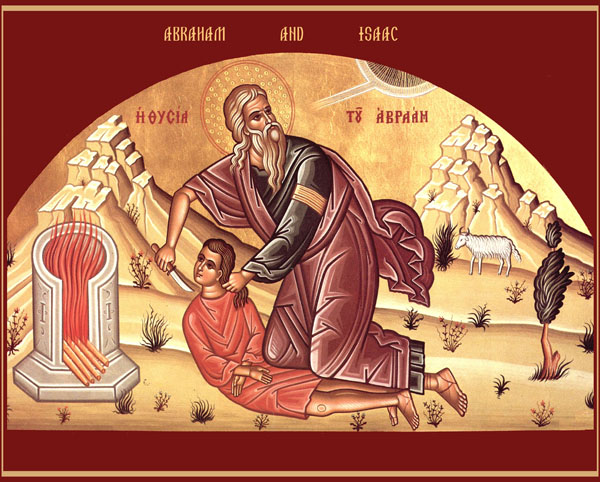 The saints of the Bible were familiar names throughout the Church. Texts like Hebrews 11 and Sirach 44-50, read everywhere, held up the great men and women of Salvation History as examples to follow and heroes to venerate. For the church in Jerusalem, however, the saints of Scripture were also the local martyrs: just as Rome had a list of days for celebrating the martyrs of Rome, Jerusalem had a cycle of liturgical commemorations of the biblical saints. When 4th-century pilgrims brought Jerusalem’s liturgies back to their home dioceses, they brought with them the practice of liturgically commemorating the biblical saints—and implicitly, they created the practice of commemorating saints that were not local. Unwittingly, they had planted the seed of the universal sanctoral cycle.

Biblical saints have been a fixture in the liturgical year ever since, but most people don’t know about them. With the exception of a few prominent New Testament figures and one feast day in the Extraordinary Form, they are not mentioned in the Liturgy of the Hours or in the Roman Missal. But it turns out there is another liturgical book entirely dedicated to the commemoration of saints: the Martyrology. You’ve seen one of those liturgical calendars that lists saints’ days? They get their information from the Martyrology—and for any given day they leave out most of what the Martyrology offers.

Here’s the punchline: the Church celebrates St. Abraham (Oct. 9), St. Moses (Sept. 4), St. Gideon (Sept. 26), and other great saints of the Old and New Testaments liturgically. They are part of the liturgical year. I have a complete list of biblical saints’ days at the end of this post (click here to jump down).

The pre-Vatican II martyrology is available in English, so more people know about the biblical saints of the Old Calendar. Almost no one actually reads the new Martyrology however, because it only exists in Latin—even the TAN liturgical calendar shows no awareness of the new Martyrology. As a result, Catholics who do know about the biblical saints often have the impression that they were commemorated on the old calendar but have been dropped in the new.

To get you started, seven points of comparison between the old and new calendars:

1. The very first day of the new calendar transfers the celebration of Mary 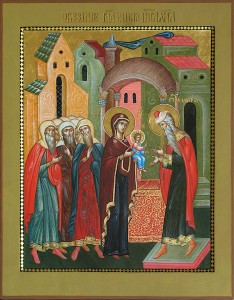 directly under her most august title, “Mother of God,” from October 11–the anniversary of the Council of Ephesis, a meaningless date for most people–to the octave of Christmas and the beginning of the secular new year, raising it to a Solemnity in the process. Just looking at the Roman Missal or the Breviary, you would think that January 1 used to commemorate the circumcision of Jesus but has now been changed to the Solemnity of Mary the Mother of God. In fact, the new Martyrology still commemorates the circumcision of Jesus on January 1 in addition to the new solemnity.  This is confirmed by the General Norms for the Liturgical Year, which specifies that “1 January, the octave day of Christmas, is the solemnity of Mary, Mother of God. It also recalls the conferral of the holy Name of Jesus.”

2. The new martyrology tends to group saints that one would naturally recall together: Simeon and Anna are now celebrated on the same day; Joachim and Anne, no doubt inseparable in life, are now celebrated together in glory; the archangels have gathered around one date, emphasizing their archangelitude in a new way without losing sight of their individuality.

3. The seventh chapter of Acts lists seven men anointed as deacons. Acts goes on to describe the ministries of Philip and Steven, and their feast days are accordingly a bigger deal in the liturgical year. In the old calendar, each deacon except for Nicolaus has an individual commemoration, with Steven and Philip having of course the more prominent feasts. Those two retain their own feasts in the new calendar, but we now have something like a “feast of the deacons” on July 28: Prochorus, Nicanor, Timon, Parmenas, and Nicolaus appear together. The reason Nicolaus had no commemoration before was probably because several early Church fathers peg him as the founder of a heretical sect mentioned in the book of Revelation. But since other fathers disagree and historians have not been able to find good evidence to connect the Nicolaus of Acts 7 with the Nicolaitans of Revelation 2, he has been quietly rehabilitated in the new calendar.

4. Mary, Martha, and Lazarus also share a feast now. For a long time, people thought that Mary Magdalene was the “Mary” mentioned in John 11. Mary Magdalene’s feast on July 22 was a big deal, and Martha was commemorated on the octave of the Magdalene, while Lazarus had his own lesser day in December. When people became convinced that Mary Magdalene and Mary of Bethany are not the same person, a problem arose: Mary of Bethany has no commemoration! The solution was to group her together with Lazarus on the already-existing feast of Martha, but this solution had a perhaps unintended consequence. Martha’s ancient feast day has its own proper texts that can’t be tossed aside, and so Martha remains the main figure of the day while Mary and Lazarus receive a simple mention in the Martyrology. As a result, whereas Martha’s feast used to be secondary, the octave of Mary’s, reflecting Jesus’ declaration that Mary had chosen the better part, the pragmatic Martha now overshadows the contemplative Mary almost entirely. Most people are unaware that Mary has any liturgical commemoration at all.

5. The new calendar does drop some biblical saints, although you probably won’t recognize most of their names: Parmenas, Aristobulus, Apelles, Sosipater, Crescens, Syntyche, Abibo, Carpus, Patrobas, Philologus, and Sosthenes are not household names. The new calendar drops a commemoration of Gamaliel on August 3—or at least, a commemoration of the finding of a bunch of bodies, including his. The most memorable names dropped are those of Daniel and his friends Hananiah, Mishael, and Azariah—better known as Shadrach, Meshach, and Abednego.

On the other hand, the new calendar adds some biblical saints. I have already mentioned the Solemnity of Mary the Mother of God, and the commemoration of Mary of Bethany. Having been mentioned in the Roman Canon from time immemorial, Melchizedek now has his own commemoration on August 26. And from 2Maccabees we now celebrate the old martyr Eleazar.

6. Strangely, neither the old nor the new calendars have a single commemoration of a woman from the Old Testament. Old Testament men are well represented, and New Testament women abound, but Sarah, Rachel, Hannah, Deborah and the rest are conspicuously absent. 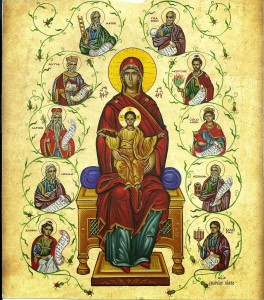 7. The TAN liturgical calendar and its offshoots list December 24, Christmas Eve, as a “historical” feast of Adam and Eve. In fact, Adam and Eve have never had a liturgical feast day, but medieval popular piety liked to remember our first parents on the night before the Savior’s birth as a way of emphasizing how Jesus culminates the history of salvation that began immediately after the fall of man. The new calendar picks up this Catholic instinct and gives it liturgical expression in a beautiful Christmas Eve commemoration of “all the holy ancestors of Christ.”

And now, the list you have been waiting for. An asterisk indicates an entry unique to either the old calendar or the new.

Thanks so much. This is a great list for our year of Mercy.

do you know where I can obtain the latest Roman Martyrology? my Latin is terrible, but I would like to have one to use as definitive calendar reference for my web site. I can’t seem to find anyone selling it online at all, and local book stores are mainly card shops that sell some books. appreciate any help.

The only place I have been able to find it is the Vatican bookstore in St. Peter’s Square. The booksellers in the US who used to carry it seem to have folded. But you can find it in the catalog of the Libreria Editrice Vaticana, on their website:

Click the “Catologo” tab to view a .pdf of their catalog. There may be a way to order long-distance by writing to them.

The following link offers a list of all Old Testament saints found in the updated Roman Martyrology:
http://theresadoyle-nelson.blogspot.com/2018/03/a-list-of-old-testament-saints.html

This link will take you to a list of all Saints of the Bible found in the 2004 Roman Martyrology, including their memorials:
http://theresadoyle-nelson.blogspot.com/p/bible-saints-chart_9463.html

And … here is a book on Saints of the Bible:
https://www.amazon.com/Saints-Scripture-Theresa-Doyle-Nelson/dp/1539982092