Last week I led a book discussion for the Wyoming Humanities Council.  These groups attract random people from around town, so I find it a good way to meet people and stay in touch with how normal people think.  Our book this time was The Underdogs, by Mariano Azuela, a series of depressing fictional vignettes based on that depressi 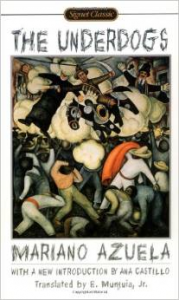 To prepare, I also read Stuart Easterling’s The Mexican Revolution: A Short History 1910-1920.  Despite the topic, Easterling’s account was fascinating, and full of amazing stories.  Pancho Villa was bigger than life, 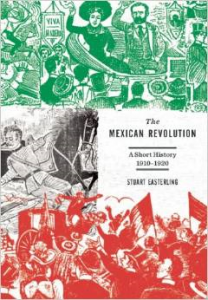 and the villains as villainous as any novelist could dream up.

A few days ago, I met one of the discussion participants at the library, and she commented on how politically controversial the conversation had been, and how we had nearly gotten ourselves bogged down in a religious argument.  One fellow present had declared that the reason we can’t have serious national conversation anymore is because so many people have followed religion instead of attending to science, which is real knowledge.

Of course, he had it exactly backwards:  the things that science can tell us are not the things we debate as a nation, so the conviction that only science gives true knowledge would actually kill our ability to debate anything as a nation.  Science can tell us that an embryo is human, for example, but it can’t tell us whether killing the embryo is good or bad.  But I digress.

I admitted to my friend at the library that I found the Mexican history helpful for understanding Pope Francis.  Politics and economics south of the border have been very different over the past hundred years than what we have experienced up here in the United States.  Some things the pope says are clearly colored by this difference.

My friend agreed, and then commented that Pope Francis is a very interesting Pope.  (We’ve all been saying that, I think.)  She went on to confess that, even though she is not a Catholic, she actually burst into tears when she heard who had been chosen as pope and what named he taken for himself!  Now, I have worked with this woman on a number of occasions over the past year, and I would not identify her as the emotional, teary type.

I’ll be keeping my eyes on the “Francis effect” as our book discussions go on.  Given the readings, there will be some great opportunities for the group to express any anti-Catholicism it may feel.