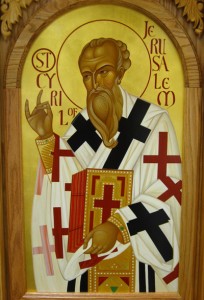 So you love besting your friends with obscure Catholic trivia.  You find a nugget of geekery and you treasure it up, waiting like a spider in its web to rush out and pounce on some Catholic friend or acquaintance with your stumper question.  Well, I have a little gem for you.

Question:  What saints’ feast days fall on different days depending on what year it is?

In the 2004 edition of the Roman Martyrology, 9 saints are celebrated on February 28.  But in a leap year, saints 4 through 7 are moved to February 29.  Those are Pope St. Hilary, St. Oswald, Blessed Antonia of Florence, and St. Augustus Chapdelaine.

Both solutions are odd, but they escape something even odder.  If February 29th had its own saints, then we would only celebrate those saints liturgically once every four years!