Having argued that faith is necessary for salvation, in Article 5 St. Thomas asks whether it is necessary to have explicit faith in something.  Could you just be ready and willing to believe?  To put the question another way, is it enough to embrace the formal object of faith or do you have to have a material object as well?

Either way you put the question, the answer is obvious.  As I observed in an earlier post, you can’t actually separate out the formal and material objects, as though they were actually different objects:  they are formal and material principles of one reality.  You only hear the Voice of Truth when he says something.  And the evidence of Scripture is overwhelming that belief in something concrete is needed.

But St. Thomas uses the occasion of the question to rehearse a distinction he made before.  He says that the object of faith per se is that which makes one blessed.  He hearkens back to ST II-II.1.1, where he first made the formal/material object distinction:  in that Article, he argued that God is not only the formal but also the material object of faith, because all the other things we believe “only fall under faith’s assent insofar as they are ordered to God, namely insofar as certain effects of the divinity aid man in tending toward the enjoyment of God.”  And he made the same distinction again in ST II-II.1.6:  “Faith principally concerns those things which we hope to see in our heavenly home, in accordance with Hebrews 11:1, ‘Faith is the substance of things hoped for”; for this reason, those things which directly order us to eternal life pertain per se to faith, such as the three persons of the omnipotent God, the Incarnation of Christ, and things like this.”

Faith, St. Thomas seem to be saying, really is the life of heaven begun here on earth, the beatific vision in seed.  God speaks only to draw us to himself and give himself to us, and anything else is secondary.

These reflections on faith undergird St. Thomas’s famous claim that theology is a science.  In ST I.1.2, he distinguishes between sciences that proceed from principles known by the light of reason, such as geometry, and sciences that proceed from principles that they get from a higher science, like the way the science of perspective proceeds from principles that it gets from geometry.  He concludes that theology is a science in the second sense, “because it proceeds from the principles known by the light of a higher science, which is the science of God and of the blessed.”  The first principles of theology, which are the revealed mysteries of faith, are a sharing in what the blessed know in heaven.  This is the same claim as the one made in ST II-II.1.2, ST II-II.1.6, and ST II-II.2.5, and it has the same implications about a hierarchy of topics. 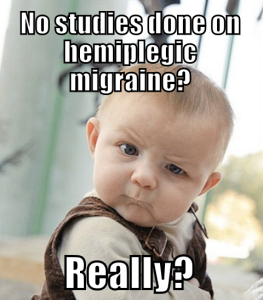 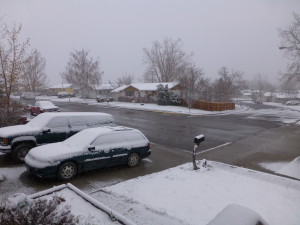 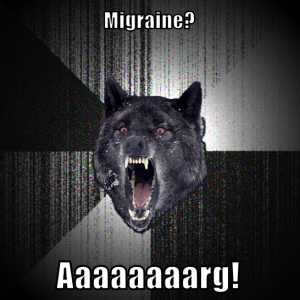 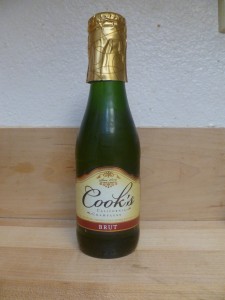 Adding to my previous observations about my brain:  I can’t abide sans-serif fonts.  That is, they’re OK for two-word billboards (“Got Milk?”), but for document length reading they are intolerable.  The fact that Microsoft made Calibri the default font in Word seems to me insanity.

But I’ve come to realize that most of the world is OK with sans-serif fonts.  So I begin to wonder whether it is rooted in whatever causes my inability to handle small print.

For a variety of converging reasons, I have been reflecting lately about how my brain works.  And to some degree, I have been coming to terms with long-resisted realities.  For example:

1. I just don’t “do” small print–not even slightly small.  There are countless books on my shelves that I have intended to read and finally realized that I never will, simply because the print is slightly small.  Recently I carried a book around for three days, fooling myself that I would read it, but the print was just slightly small.  The funny thing is that it is not a problem with my vision, because even with a perfectly fresh prescription for my glasses I have trouble with small print; the problem is not that I can’t see the letters.  I can, quite clearly.  Conclusion:  The problem is in the way that my brain processes visual information.  Practical conclusion:  I have given myself permission to buy Kindle books.

2. I can’t remember dates.  I have made a number of attempts in recent years to learn history, but I find that important dates just keep slipping.  In Biblical history, which should be my specialization, I eventually just required two dates of my students, namely the dates of the exiles of the kingdoms of Israel:  587 for the south and, um, 722 or something like that for the north–I can’t even retain both of these important dates, it seems.  I don’t know the birthdays of my siblings; I have to think hard to pull up birthdays of my own kids, and I’m rarely confident about it; just tonight I was wrong about my wife’s birthday.  (She, on the other hand, instantly knew the saint whose feast is celebrated on the day that I wrongly stated as her birthday–and she reminds me about my siblings’ birthdays.)  Conclusion:  The problem is not that I never studied the dates, but that my brain does not handle dates well.  Practical conclusion:  I need to “encode” dates in some other form that I tend to remember better.  (For example, I can remember what people wear, how they sit, their facial expressions, and so on, but my wife can’t remember any of those things.)

3. I don’t handle little details well.  After joining the Board of Directors for my place of employ, I have many times studied a financial spreadsheet, but I can never make sense of it.  In fact, my brain “crashes” and I need to look out a window and breath deeply after even looking at all those numbers in rows and columns.  (That’s not because of how our finances are doing–in case you wondered!)  The multitude of e-mails I receive frequently overwhelms me, because it requires handling lots of small details–including details about dates (see the above).  If I could have a secretary to do one thing, it would be this:  he would look through my e-mails to pull out the agenda items and important dates and put them in lists for me.  I have a wonderful routine that helps me get through it, but even so I can sometimes put it off for days because it is so stressful.  I can never remember what month something happened, even if it was important–when we moved, when a family member died, etc.–I can’t even remember what year things happened.  (I ask my wife.)  I worry about offending people, so I try to hide it.  Conclusion:  My brain works very well in big-picture mode and in seeing causal connections, and even when it comes to details of an argument, but my brain does not handle temporal-spatial detail well.  Practical conclusion:  I rely without guilt on others who do these things well, and I wish I could have more help.

Hypothesis:  Could the above be connected?  Could the central thread be a problem with processing physical detail?

Although I wrote into my schedule for Saturdays “blog”, in hopes that I will do so at least once a week, most of the weekend has been lost to migraines.  Nonetheless, God was so kind as to drop a blog post into my lap–or rather, into my front yard, which, inasmuch as my house is like a large version of me, is more or less my lap.

For a couple of hours yesterday, this little guy ran around the yard hunting grasshoppers: 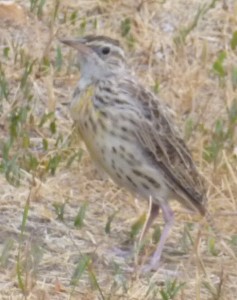 Here’s a view of his distinctive breast: 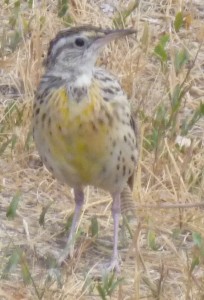 Although I can’t be sure, it seems to me to be some kind of snipe.  At least, that’s what I arrived at by looking through Sibley’s Guide to get the general kind of bird and then watching the video “Better Bird Watching in Wyoming and Colorado” until something came up like our front yard guest.  Anyone else have an opinion?

Our bird feeder out back has finally attracted a good crowd, but they are all little seed-eaters.  This fellow stood out right away as a runner rather than a flitter and as a hunter rather than a gatherer.

Last time, I wrote about Reality Enhancement, that impulse by which we endow whatever we see with more being and intelligibility than it has on its own.  And I argued that this is on the whole a good impulse:  imagine standing in a dark room with only three glints of light as guide, with no ability to “reconstitute” the scene.

Now I want to describe RE’s first offspring, the Filter.  The same impulse that leads us to seek clarity and intelligibility in the world leads us, when we have formed a theory of any kind, to look for whatever might fit with that theory.  One form of this is the infamous “Confirmation Bias,” namely the tendency to notice things that fit with our theories and overlook things that don’t, to ask “What fits with my theory?” instead of asking “What doesn’t fit with my theory?”  But the Filter has an even more subtle form:  for each datum that goes by, we ask, “Does this fit my theory or not?”—and therein lies the trap.  We notice when evidence fits or doesn’t fit the theory, but we don’t notice when the evidence would fit another theory just as well.

As a result, when a person holds a theory for a long time then he may see thousands and thousands of pieces of evidence that fit with his theory, and his confidence in his theory grows beyond all bounds, but he does not realize that all but a few of those evidences would fit another theory just as well.  He says things like, “It’s hard to put into words, but after years of studying this subject I am just completely confident that this is true.”

Both the Filter and its more dangerous cousin, Confirmation Bias, can be in part overcome if we consciously promote the habit of asking whether the evidence in front of us could support a different idea.  One can reach a point where the moment one thinks, “Here’s a theory,” the next moment one asks, “What other theory would the evidence support?”  This is crucial for the intellectual life.

But in the end the Filter cannot be entirely overcome, because much of the time we are not aware that we have formed a theory or that we are testing it.  The “theory” itself is often an intuitive reconstruction springing from Reality Enhancement, and the same impulse that caused us to clarify reality by connecting a few dots now causes us to be on the lookout for whatever fits with the resulting picture.  The whole thing happens without our being aware of us, and we can no more get rid of it than we can train ourselves out of Reality Enhancement itself.

Which means that the Filter itself is not all bad.  It is a natural extension of Reality Enhancement, which is on the whole a good thing.  While RE actually changes our incoming perceptions, the Filter selects which perceptions or which aspects of those perceptions we will attend to, but both are born of the basic human impulse towards being and light.  And who wants to destroy that?