Music has loomed larger in life of late for the Mrs. and me, as a result of our visits to Norcia and Vienna.  Its increased role in our life has to do, I hope, with our moral life, so I’d like to set down a few thoughts that have developed over the years about music and morality.

The initial challenge is to persuade people that music has anything to do with morality, that is, with right and wrong in action.   Music is as subjective as anything could be:  what music I like depends entirely on how I feel at the moment and on how the music makes me feel—it’s all about my feelings.  On the other hand, morality has exactly to do with how I feel about things:  an evil man will feel good about bad things, while a good man will feel bad about bad things, and this is precisely because the one man is morally good and the other morally bad.  But it is hard to make this point manifest.

The source of the difficulty seems to be a lack of self-knowledge:  Talk about morality requires a certain minimum level of awareness of what goes inside of us.  The Office of Readings for the feast of St. Ignatius recently brought this back to my attention.  While recovering from war wounds in a hospital, Ignatius would sometimes think on worldly things and romantic novels he had read before, and sometimes he would think about the lives of the saints and of Christ such as he was reading in the hospital:

But there was a difference. When Ignatius reflected on worldly thoughts, he felt intense pleasure; but when he gave them up out of weariness, he felt dry and depressed. Yet when he thought of living the rigorous sort of life he knew the saints had lived, he not only experienced pleasure when he actually thought about it, but even after he dismissed these thoughts, he still experienced great joy. Yet he did not pay attention to this, nor did he appreciate it until one day, in a moment of insight, he began to marvel at the difference. Then he understood his experience: thoughts of one kind left him sad, the others full of joy. And this was the first time he applied a process of reasoning to his religious experience.

I had a similar experience with music.  At some point in college I realized that after listening to some kinds of music I had a hard time praying or focusing on homework, while after listening to other kinds of music I prayed better and focused better.  That, to paraphrase the life of Ignatius, was the first time I applied a process of reasoning to my musical tastes.

Years before that, I began to notice that some music makes me want to move this way while other music makes me want to move that way.  It’s a real difference in the music, but I only noticed the difference when I began performing it or dancing to it.  If I just listened, I didn’t notice the impulses created in me by the music; they only made themselves known when I acted on them.  From this perspective, musicians and dancers are in a better position than most to talk about the morality of music.

But if someone lacks the self-awareness necessary for an Ignatian discernment of spirits then it is hard, if not impossible, to have a conversation about music and morality.  There are some things one can say—but more on that next time. 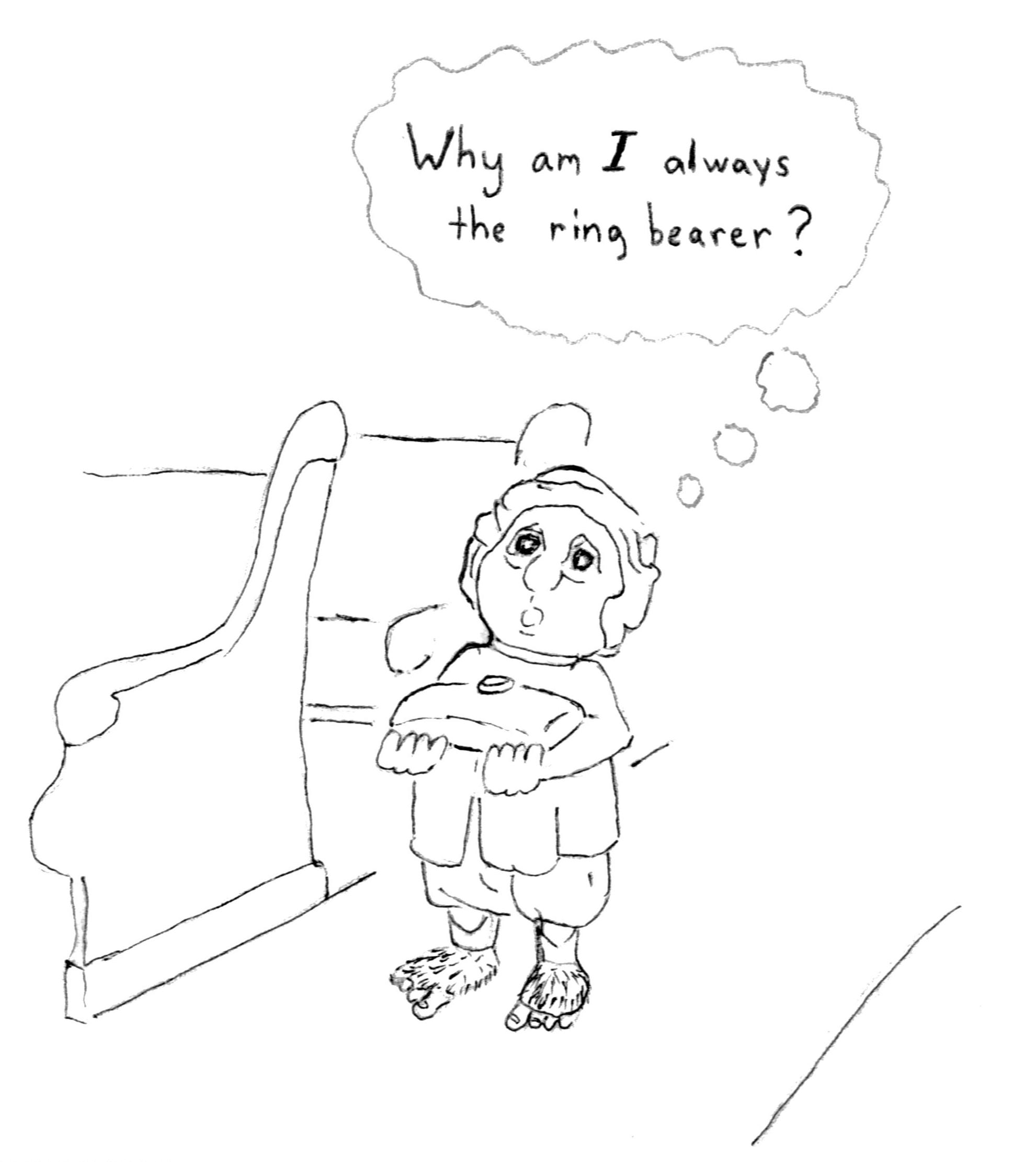 I am translating a snippet from a medieval commentary on 1Corinthians.  At the part where St. Paul advises the Corinthians not to marry because of the many difficulties involved, my commentator notes that Paul says

that marriage should be avoided because there are many pressing difficulties.  Hence they are said to be in a millstone, Mt. 24:41.  Hence in common speech it is said that marriage has a big mouth.

Excuse me?  Odd proverbs making the rounds in the late middle ages.  But I love the creative interpretation of Mt. 24:41!

Sts. Joachim and Anne are marvelously fascinating.  What kind of parents raised the Virgin Mary, who was fit to raise God himself?  While St. Anne has historically received more attention, for me Joachim’s title as “God’s grandpa” has an awesome ring.

So go ahead:  take the feastday quiz, test your knowledge, and feel your devotion to these saints growing with each click!  (Answers will be displayed when you are done:  responses that would be correct will be printed in green.)

I am experimenting with the possibility of creating Choose Your Own Adventure (CYOA) stories for the blog.  Click here for a CYOA story that I wrote based on a Wilderness First Aid course I took last year.

When I wrote this, I thought that CYOA might be a good format for reviewing or quizzing first aid knowledge.

The hot season has lasted much longer than usual this summer, so we decided to install the old air conditioner we have lugged around unused for the past six or seven years.  The challenge was that our windows open side to side instead of up and down.  To make it work, I built a figure-eight shaped frame that slides into the window sill; the bottom half of the frame houses the AC unit while the top half has plexiglass.

The plexiglass is 1/8 inch thick, which just so happens to be the width of the groove cut by my table saw.  Worked out well.

I covered the screws on the side with wooden plugs that I cut with a special drill bit.  They always cut a bit too small for the hole, but I dropped them in water for a minute or so and now they are swollen to fit the hole: 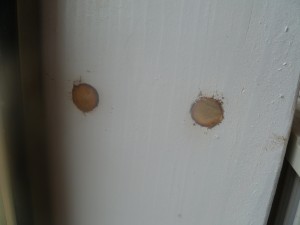 I found a neat instance of how punctuation or the lector’s reading can change the meaning of a biblical text.  The Nova Vulgata of 1Tim 5:21 can say:

Testificor…ut haec custodias sine praeiudicio, nihil faciens in aliquam partem declinando.  (“I adjure you that you keep these things without prejudice, doing nothing by favoring one side.”)

Or it could say:

Testificor…ut haec custiodias, sine praeiudicio nihil faciens, in aliquam partem declinando.  (“I adjure you that you keep these things, doing nothing without prejudice, by favoring one side.”)

So you get to pick which one Paul said!  But you should probably read Augustine’s De Doctrina Christiana first…. 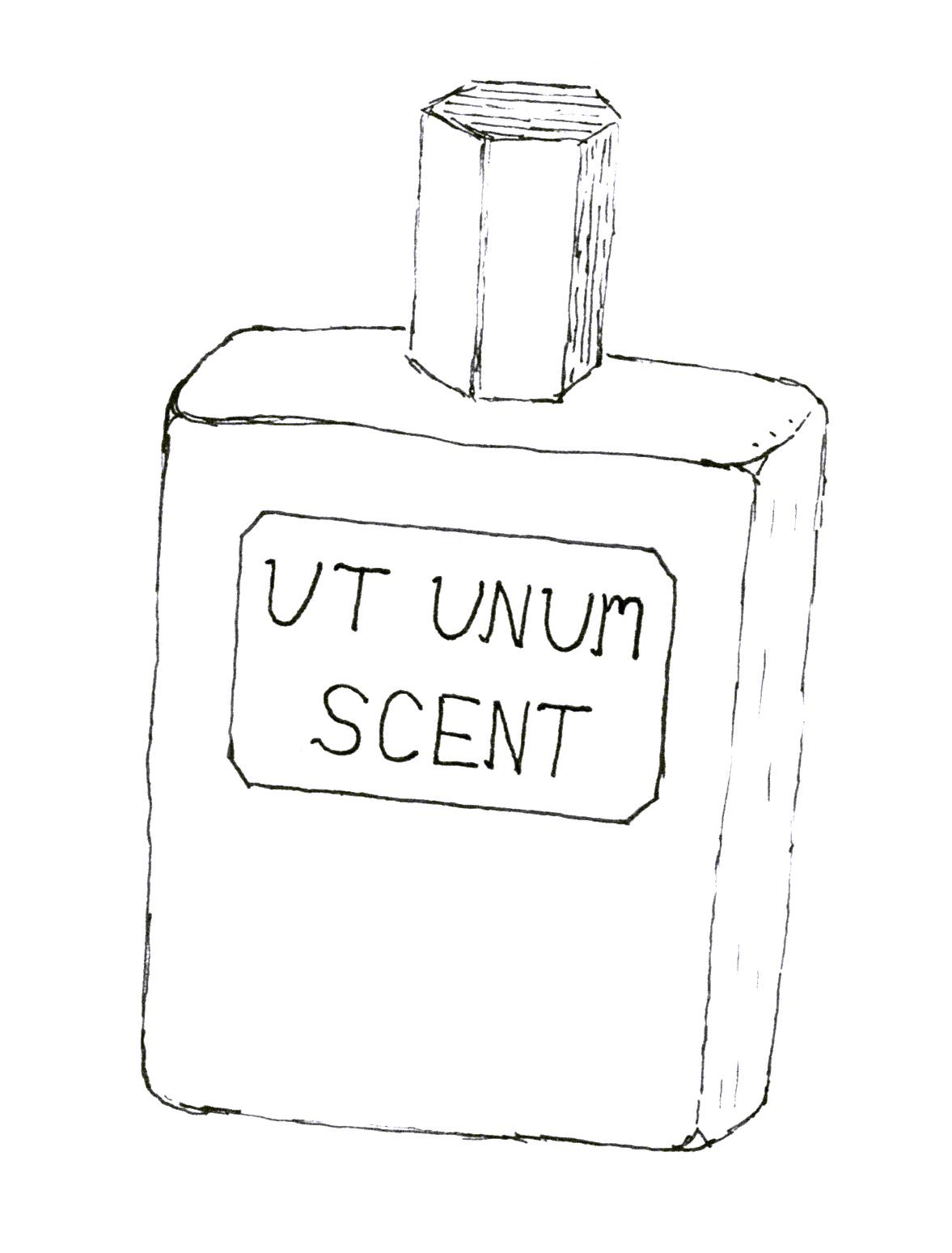 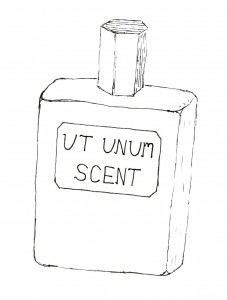 matthew served the point up which no one had seen before but once served once served it was not his but ours and we batted it back to the net for tim to slam down while we cheered and watched so ran the plan but tim slipped and tessa leapt to keep the point in the air while we all took positions then the teacher through our midst came to hammer home the point over the net with his hand like a giant and his face like a thunder cloud and in the wake of his resounding whack we stood with mouths like mackeral to see the point on the ground still on our side of the net and not over the net at all.

I recently picked up a copy of BXVI’s Caritas in Veritate in Latin.  Paragraph 5 states that “societas” today “universaliter conglobatur”.  Literally, that means that society today is everywhere turned into a ball—it’s all balled up.  But I take it as a way of referring to the phenomon of “globalization”.

Speaking of which, I’d be happy to publically honor and applaud the reader who can define “globalization” succinctly and intelligibly.