My mother recently sent me a picture of myself at about ten years old milking a goat. We lived in Redfield, Arkansas, miles away from even a small town, on a four-acre plot of land surrounded by an endless forest. The picture brought a lot of memories back. Specifically, I recall now: 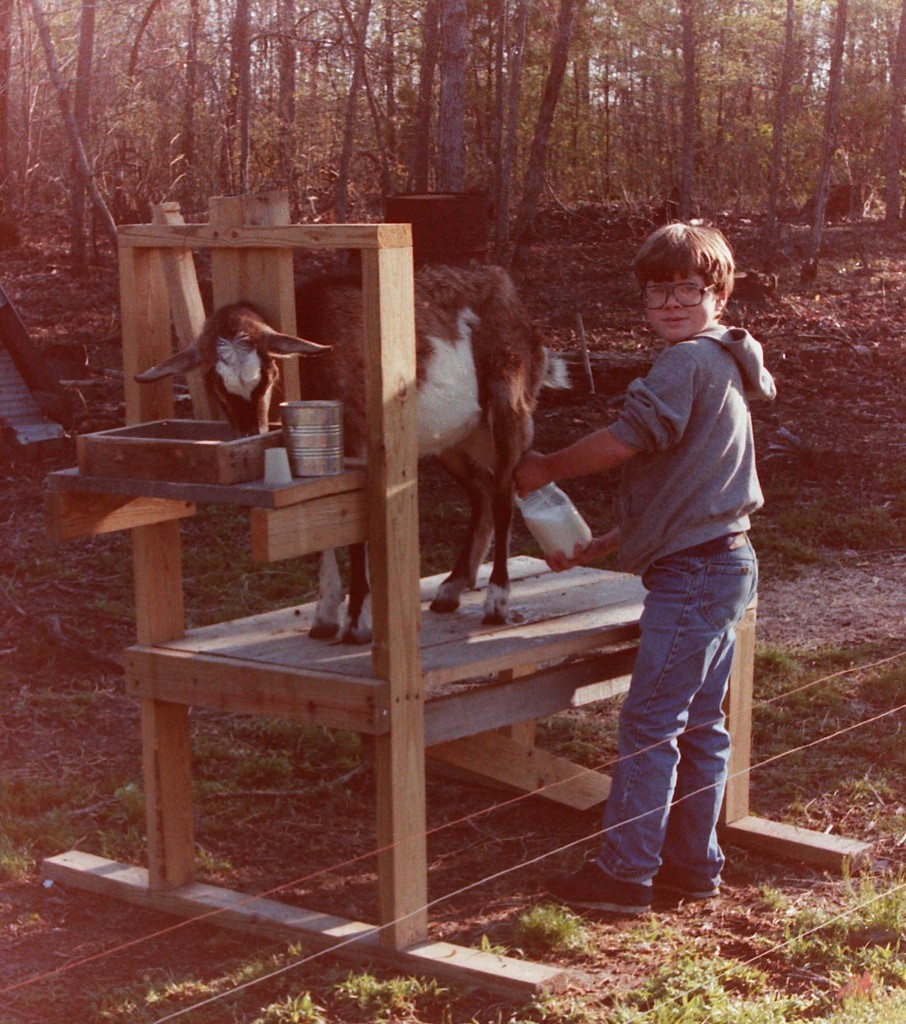 1. I was a really annoying kid. Seriously, I think Hollywood screen writers must have snooped around those woods for an “annoying little brother” model. Compare this photo to any film from that period—take The Flight of the Navigator for example—and tell me I’m making this up.

2. I was not as annoying as a goat. There is a reason Scripture gives us a “scapegoat” rather than a “scapecow” or a “scapechicken.” Something about the way a goat misbehaves and then looks at you just makes you want to send the thing into the desert to Azazel. To be fair, I was trying to clamp the goat’s neck in a wooden vise and squeeze on her udder.

3. You shouldn’t stare at a bad wound. We had this one goat that had been abused by previous owners. She was so skittish we had to put a chain on her and haul her onto the milking stand by force. One time she and I were engaged in battle when she yanked the chain unexpectedly and dragged my hand across the edge of some sheet metal on a shed. I took one glance at the dangling flap of flesh and got woozy. Then I remembered that my older brother had actually passed out while staring at a wound, so I covered the nasty thing with my other hand and ran for the house. I still have a long scar on my left hand.

4. We were snookered into the whole goat thing. Our neighbor, an elderly man known as Sarge Goodman, had some brush goats. We used to visit him and pet the goats, which weren’t good for anything except eating brush. Then one day Sarge died, and we found out that he had left us kids those goats in his will! (Now, at thirty-nine years old and with seven kids of my own, I understand my mother’s reaction to the news.) When it turned out that my baby brother was allergic to cow’s milk, we sold the brush goats to get milk goats and went into the goat milk business.

5. Nothing is more fun than a baby goat. I loved the kids. They made cute sounds, jumped around, and snuggled. When they began to grow horns I would actually butt heads with the babies, because it was so cool to see how they enjoyed playing games.