Near the banks of the Nile, around the year 2000 BC, Moses stood in perplexity. “Did God say ‘Stretch out your hand’ or ‘Stretch out your rod’?” He wondered aloud. “Hand or rod? Shoot, my memory must be slipping.” Tentatively, he waved his rod in the air. Nothing.

Or so he thought. Unbeknownst to Moses, he had angled his rod into the sixth dimension and let loose a bolt that crossed a small wrinkle in the space-time continuum, thus missing Egypt and the 2nd Millenium BC entirely…. 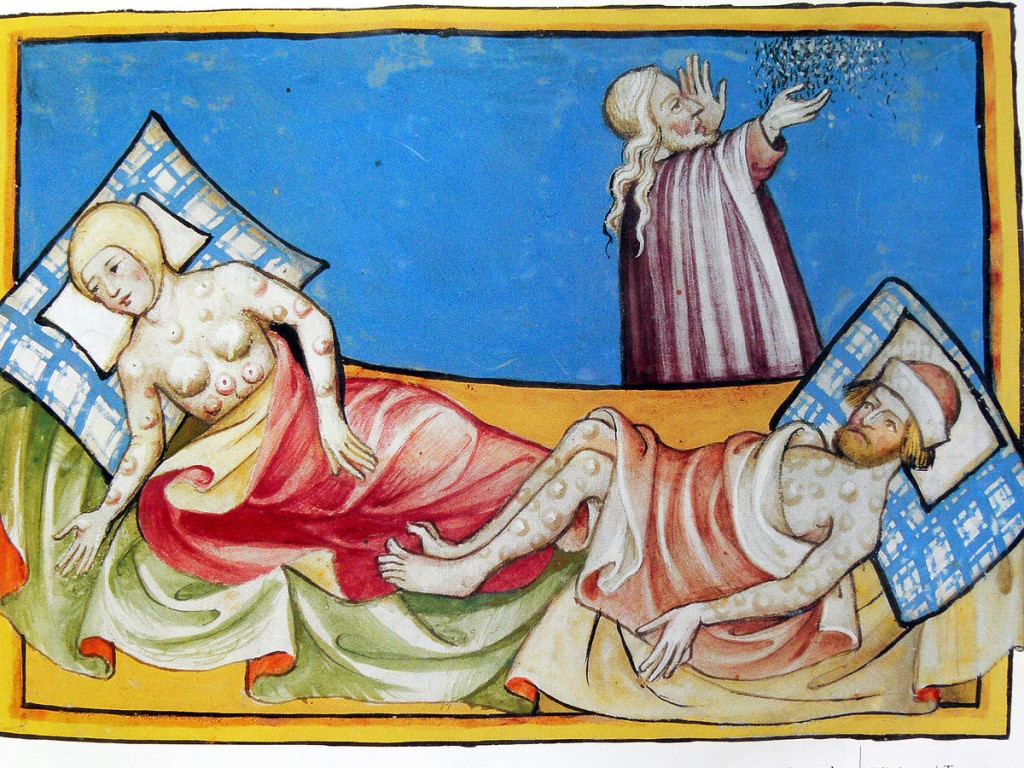 People are dropping like flies around here. The little girls had their bout of vomiting Sunday night and lay around all Monday like zombies with no supply of brains. Matthew blurped out his beans Monday night, and Tuesday morning Isaiah announced that his tummy hurt. Bernadette has been hiding in her room for days now, unwilling to breathe the common air.

Tina thought she was all better this morning, so I gave her the bowl of oatmeal I had fixed for myself. (“Somebody WOULD make oatmeal while everyone is throwing up,” David complained.”) One bite and Tina’s stomach sent a warning shot across her bow, and I was out a breakfast.

Meanwhile, Matthew is determined that he shall never throw up again. He wants to be carried non-stop and he spurns any bowl or garbage can in front of him, but he makes constant blurpy-blurpy sounds as though he is about to lose the rest of those beans. It’s a stressful way to live, especially if you have showered recently.

But it’s a great way to spend Lent, right? Sure makes me feel like repenting and telling the Israelites they can go—and sure, take this gold with you if you want it.  Blurp!